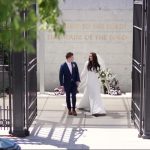 We were very picky about our videographer for our wedding video. I looked at 20+ videographers and Jeremy was the one person who we felt did a great job on all of his videos and could best capture who we are. I can’t rave enough about how great Jeremy was. We LOVE our video. Jeremy went above and beyond what we expected. He was great with communication before, during, and after the wedding. Jeremy was quick with his video clips throughout the wedding day and was in the background- he was very low key while capturing everything he needed to make an incredible video. You are lucky if you are able to book Jeremy for your wedding! 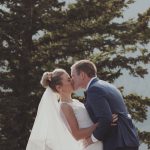 Absolutely stunning! Jeremy captured everything we wanted, not a single thing was missed. His work is incredible and we can’t thank him enough! 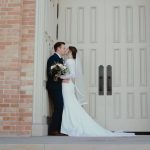 Jeremy! Oh my goodness we love our video! Matthew and I feel like you really showcased so many wonderful parts and memories of the day. I've already sent the Vimeo link to a few family members, and in the words of my mom you captured the day with so much joy and warmth! Thank you, thank you, thank you! 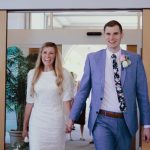 Choosing Jeremy as our videographer was one of the the absolute best decisions we could have made for our wedding! The film he created for us is perhaps the greatest treasure we have from that day, and he captured everything exactly as we had hoped. He somehow knows exactly which people are the most important to feature, which precious moments to capture, and then he goes beyond and discovers little details and moments to include in the film that we didn’t even know would be important but which are so precious and make the most exquisite end-result!
His beautiful work speaks for itself, but what you don’t see in Jeremy's videos is how delightful he is to work with. Kind and accommodating, he makes it clear that his first priority is to create exactly what you want. We gave him some pretty picky specifications, but he was so patient, took our requests, and gave us something even better than we had hoped for. He was engaging and fun with our family and friends and made everyone feel at ease and comfortable. My husband and I aren't the best at posing for pictures, much less a video, and I thought we might look awkward. But Jeremy is such a professional, and his years of experience really comes through when it comes to helping people feel like rock stars in front of a camera.
In addition, he's pretty inconspicuous, to the point that there were times when we forgot he was there on our wedding day. And yet, when we watched our film later, it turned out that he was there every moment capturing beautiful shots!
Jeremy is truly a professional in every way and we are so grateful that we chose him as our wedding videographer. 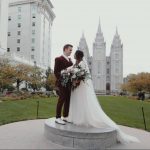 Jeremy seriously did an amazing job! I think we've watched it at least 20 times today and both our families are dying over it. We can't thank Jeremy enough! He is so talented! It’s perfect! 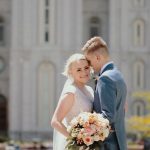 I am Kelsey’s Mom. I have watched the video over and over. What an incredible job Jeremy did at capturing the precious moments of our day. As you know, things are pretty hectic on the wedding day and its hard to remember all the details. The video brings back all that I remember and hold on to plus all those moments I missed. Such a treasury of memories for us all.

Mom of the Bride 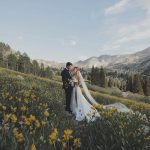 Jeremy is a true artist! He was so fun to work with, and went above and beyond to make sure our video was exactly what we wanted. We are more than happy that we chose Jeremy to film our wedding!